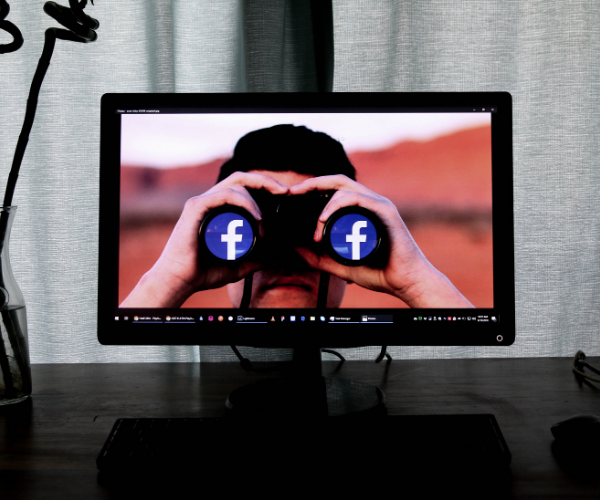 Concerned about your data privacy? You aren’t alone. In 2019, nearly 50% of U.S. internet users were more concerned about online privacy than they were the year prior. It’s safe to assume that headlines over the last couple of years have led to more awareness. In 2018, the Facebook-Cambridge Analytica data scandal broke as one of the most historic misuses of personal data. The New York Times reported that, four years prior, contractors and employees of Cambridge Analytica sold psychological profiles of American voters to political campaigns.

If you can recall, the personal data of more than 87 million Facebook users was collected without consent. Data was mined through an innocuous app that built psychological profiles on its oblivious users. Pretty creepy stuff.

Although Facebook apologized for its role in the scandal—and CEO Mark Zuckerberg testified to Congress—it’s not a huge stretch to say that the company’s public image has suffered a blow. In fact, a 2019 poll found that 60% of Americans say they don’t trust Facebook to protect their personal information. As a result, consumer awareness of privacy has continued to increase. And the way that companies collect personal data has been called into scrutiny.

In 2020, Apple announced it was launching App Store privacy labels aimed to boost transparency. In the coming months, Apple aims to roll out updates to iOS 14 that require apps to prompt users if they’d like to be tracked prior to usage. It’ll also provide the opportunity for consumers to opt-out of using them if they so choose. Users can now disable data tracking through AppTrackingTransparency (ATT) framework, which will appear as a pop-up question.

This decision has already caused quite a stir. Perhaps unsurprisingly, Facebook is at the center of these data privacy conversations, which has sparked a user privacy feud for the ages. These updates could threaten Facebook’s targeted ads, which generate $86 billion in annual revenue for the company. And the social media giant hasn’t been afraid to vocalize its disapproval.

In December 2020, Facebook took out full-page newspaper ads to lambaste the iOS updates, claiming they’re a blow to small businesses that rely on the platform to generate revenue. Facebook also claimed the changes are designed to boost Apple’s competitive interests.

The Apple changes will impact how Facebook receives and processes conversion events from tools like their pixel. As you may be aware, the Facebook pixel is a couple of lines of code that you install on your website that enables you to receive insight about visitor actions taken on your site and analyze your visitors’ behavior. In turn, the pixel allows you to set up audiences and establish a bid strategy on real-life events.

Guess what? That’s all about to change. Businesses that optimize and target around conversion events will be impacted. Apple will now require apps in their App Store (including Facebook) to comply with their AppTracking Transparency framework. However, as Facebook claims, the more people that opt-out of tracking on iOS devices, the more limited ad personalization and performance reporting becomes for both app and web conversion events.

A closer look at the technical changes Facebook is rolling out shows that small businesses may not be at as much risk as the social behemoth would like them to believe. Facebook will introduce event management parameters that support the measurement of web events that comply with ATT framework and a consumers’ decision about tracking. They’ll tweak Value Optimization, an algorithm that optimizes revenue generated from ad targeting. Finally, they’ll still offer Dynamic Ads for retargeting (although performance and audience sizes may decrease) and ad campaign reporting that small businesses can benefit from.

The crackdown on data privacy has been discussed for years (and seems to make headlines every six months at this point…). While federal or state regulation may not be in the cards just yet, an evolution in data privacy protocol was inevitable. It’s a safe bet that the changes will affect a chunk of Facebook’s user base—at least for the short-term. For example, these changes could temporarily impact how companies receive and process conversion data. And they may force businesses to alter how they advertise online or elsewhere.

It’s true that Facebook offers a cost-effective advertising platform for small business owners. However, will sales for small businesses decrease by 60% for every dollar spent on Facebook ads as the company suggests? That’s up for debate. We’ll probably see Facebook continually adjusting its ad targeting technology. And in the future, they’ll most likely develop new ways of tracking users in more anonymous, privacy-compliant ways.

An increase in data privacy awareness and rights can be argued as a net positive for both consumers and businesses. Cracking down on data tracking may make conversion-driven advertising on Facebook tricky for the short-term. And small businesses may need to update their current campaigns and code to ensure that things are working properly. But for marketers, this opportunity may force us to get back down to basics. Our jobs are to create campaigns that drive conversions—no matter how much data is being tracked. Let’s take that as a challenge.

Kill the red. Grow the green.

Want to learn one of the fastest ways to earn:

In 2019, two case studies were published that revealed a ...

Don't miss out on new platform features and unique marketing insights, subscribe to our weekly newsletter!