Cannabis is one of the fastest-growing sectors of the U.S. economy. According to Forbes, the legal cannabis industry is projected to grow to a staggering $43B by 2025.

The meteoric growth of the still-nascent cannabis industry is expected to drive a surge in advertising spending. Ad spending by brands in the industry will grow from a modest $661 million to almost $4 billion from 2018 to 2030.

Despite this, recreational cannabis faces some unique challenges when it comes to advertising.

Leafly, an online marketplace connecting cannabis businesses with consumers, needed a plan to get its brand in front of its audience in a way that combatted the stigma surrounding cannabis without violating federal laws and impediments.

To do this, they turned to Out of Home (OOH) and OneScreen.ai for help.

Recent legalization and decriminalization in many states are the driving force behind the growth potential of this nascent industry.

At the same time, cannabis brands face some tricky restrictions with their marketing especially when it comes to digital channels.

Many of the traditional digital marketing channels, including Google and most social media sites, do not accept cannabis ads. The channels that do accept ads from this industry come with a variety of stringent rules.

While Twitter, Pinterest, Reddit, and Imgur are viable options for some targeted advertisements it’s still not the mass-marketing, wide reach approach necessary to justify the ROI.

OOH is an effective and compliant solution that supports cannabis businesses where they are legal. 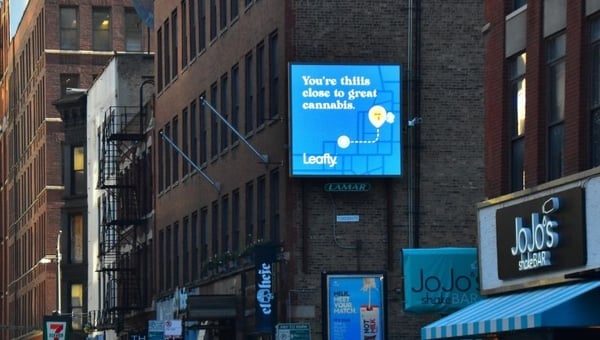 They've run a variety of OOH campaign styles, including traditional billboards and connected TV (CTV). First, they placed billboards along major highways and in high-traffic areas close to dispensaries. They've also gone truly place-based with CTV, running digital OOH advertisements on screens right inside dispensaries where they were guaranteed to get interested eyes on them. 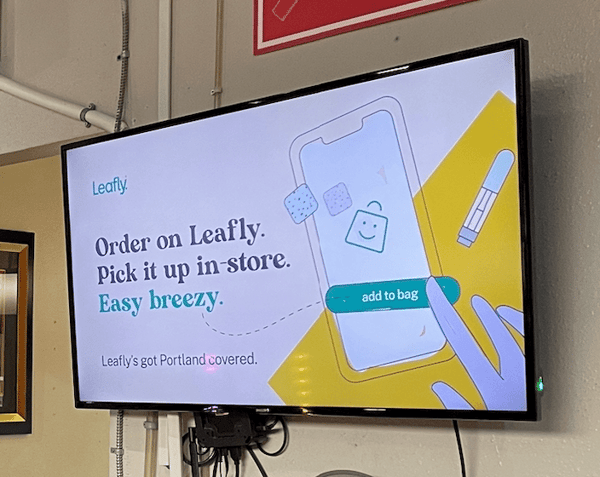 The result of these OOH campaigns was a lift in traffic in all cities that featured these OOH advertisements when compared with traffic in other similar cities.

Certain types of businesses run into the same restrictions as recreational cannabis. For more insights into how we helped other brands use Out of Home when digital advertising wasn't an option, check out The Cannabis Entrepreneurs Guide to Out of Home.