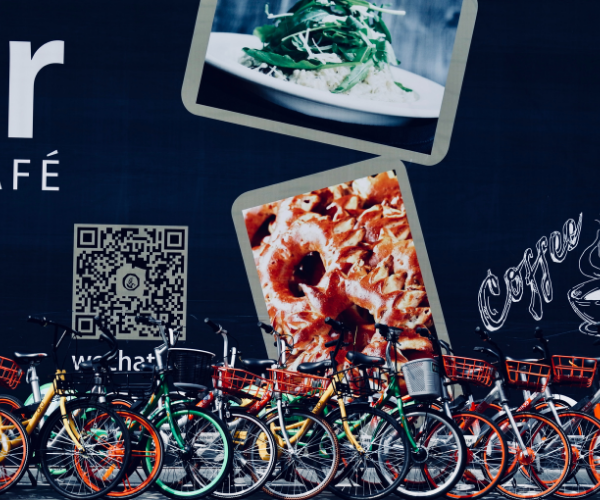 Were QR codes too ahead of their time when usage first spiked in the 2010s? It’s fair to say that there was confusion on how to engage with the technology. They were introduced in a pre-iPhone world, after all—so consumers didn’t readily have the tools to use the codes. Some marketers didn’t know how to use the technology either, as evidenced by these QR code fails (courtesy of Business Insider).

Others may have fired their media buyers by now...

Even others failed to consider that ink fades (but stupidity lasts forever)...

It’s safe to say we’ve come a long way since these early days. But there’s still some confusion about the technology. That’s why we think it’s time to clear the air about QR codes and show you how they’re actually a growing marketing tactic. Below are five myths surrounding QR codes—and the truth behind the misconceptions.

It’s true that QR codes can contain up to 4,296 characters, including words and phrases such as URLs. However, web addresses are just the tip of the iceberg, as QR codes can instantly provide users with hundreds of data pieces.

In addition to web addresses, brands can embed email addresses, links to in-store payments, telephone links, map locations, contact cards, and a whole lot more. Basically, QR codes are really only as limited as the internet itself. Links can go literally anywhere—so the sky is the limit.

2. No one scans QR codes these days.

Consumer awareness of QR codes is at its highest in Asia. For example, QR usage in China is almost synonymous with smartphone usage, as 70% of the country’s population uses QR codes to make payments. While the United States is a little behind the rest of the world in terms of adoption, that’s changing rapidly. Juniper Research predicted the number of QR code coupons redeemed via mobile will reach 5.3 billion by 2022, compared to an estimated 1.3 billion in 2017

The Apple iOS 11 update in 2017 helped spawned this widespread adoption when it introduced native support for QR codes. As both consumer tech continues to integrate QR codes into the mix, it’s safe to assume that adoption will only spread.

3. QR codes are not as cutting-edge as they once were.

While similar, QR codes and near-field communication (NFC) are different. NFC creates wireless connection free of mobile connection, which enables devices to interact with each other in close proximity. It’s also the technology behind cashless and mobile payments like Google and Apple Pay. And while NFC technology is undeniably useful, it has its limitations.

Trends like NFC and virtual recognition may be exciting, but QR codes are utilitarian. Plus, the ecosystem for QR code marketing already exists, whereas NFC technology is simply not mainstream quite yet. According to some numbers, the number of smartphone users in the United States is projected to reach 290.64 million by 2024. Because codes only require a smartphone to scan, campaigns extend beyond demographics and reach both young and old consumers.

Why should brands wait for technology to adapt when they can immediately benefit from QR code marketing campaigns?

It’s true that QR codes may not provide out-of-the-box analytics. And depending on how you use the codes, the metric that matters most as a leading indicator to action—such as downloads or views—may be all the analytics you need.

However, brands can incorporate dynamic QR codes to optimize campaigns. There are two types of QR codes: Dynamic QR codes are trackable, meaning that user information is tracked once a scan is completed; static QR codes are not. While the former can be edited at any time and provide brands with important data, the latter is generally used for plain text, email, or SMS codes. Below are some metrics that dynamic QR codes can provide:

Think that QR codes are limited to one campaign and one design? Think again. As mentioned above, Dynamic QR codes can be edited and changed at any time, so that brands can run multiple campaigns. And as we’ve outlined before, they can be used to accomplish a variety of goals, including brand recognition, customer engagement, and lead generation.

Much like email marketing and social media advertising, QR code campaigns can benefit from A/B testing, In this context, codes can be customized using colors, CTAs, frames, and more. By experimenting with design elements, you can measure the success of different campaigns. And by incorporating the right tracking capabilities, QR code marketing can effectively bridge the physical and digital worlds.

Download the QR Code Marketing eBook about adding value to the customer journey thru the use of QR Codes.

Are QR Codes Making a Comeback?

What do Angry Birds, Rickrolling, and Harlem ...

How to Use QR Codes in Marketing Campaigns

QR codes have received a bad rap over the ...

Whether it's a new, industry-first case study full of tips and tricks or insider insight that unlocks new gains for scaling customer acquisition, never miss a new insight by registering for updates as soon as they are published.